We Insure has revolutionized a franchise designed by agents, for agents.


WE are passionate about being the best independent agency solution. Passion is the essence of how WE do business.


WE focus on solving problems so that our agents can do what they do best- sell insurance.


WE are stronger together. Our network of agents, staff and carriers encompass an organization that maximizes the insurance experience for our customers.


WE pride ourselves on our honesty and moral obligation to all of our agents, carriers and insureds.

Discover the Power of 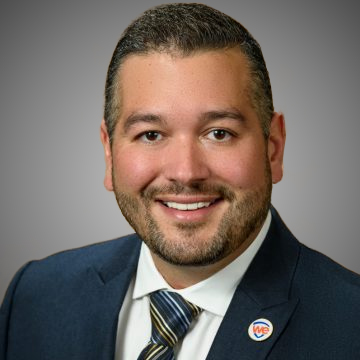 WE ARE STRONGER TOGETHER

I began my insurance career twenty years ago, before Florida domestic carriers were even born. Consumers would walk into insurance agencies to buy insurance from their local agent. The national carriers offered the majority of policies sold to clients, and the idea of being part of a group, franchise, or aggregator was very foreign. After all, WE were insurance agents, and WE sold the policy; therefore, WE were entitled to 100% of the commission and could make the most money for our families. Why would WE ever take less than 100%? It didn’t make financial sense. In addition, the client wanted me to handle their service, not a call center.

Today, twenty years later, according to The Florida Office of Insurance Regulation “Top 25 Annualized Premiums Written” as of September 30, 2016, there is no mention of any national carrier that dominated the list twenty years ago. The list is comprised of mainly Florida domestics that were “born” within these last twenty years, and many within the past ten. The trend is obviously independent vs. captive, but the real question is, do you do it alone or do you join forces with a winning team? What about the commission? Again, WE are the agents and WE sold the policy, so WE are entitled to 100%, so WE can make the most for our families.

Insurance companies are managed by people just like us, the agents. However, their mission is to manage the company as efficiently as possible so that they, too, can “make” the most for their families. Think about this: Do you believe that an insurance company wants to have its product sold by as many agents as possible, which would generate the maximum possible sales? I agree—to a point.

Let me explain. If an insurance company’s goal is to sell as many policies as possible, to generate the maximum possible premium, then they must manage their business as efficiently as possible. This means that, if a company has five marketing representatives for Florida and there are 4,000 licensed agents appointed, each representative would be responsible to manage about 800 agents. That is not efficient, and it’s not a realistic load for any one person to handle and be effective across the board. Additionally, the more policies sold, the more the carrier must put into reserves. It’s a fine balancing act at a minimum. Therefore, carriers want the cream of the crop in terms of appointing agents. A carrier not only wants the best agents, but it wants the best risks, too. The carrier accomplishes part of this by appointing large groups that are centralized at a corporate office. This allows the company to communicate with a direct source, which will then disseminate the information to its agents and staff.

This is a distribution system. This is what the most successful insurance companies’ presidents and/or marketing VPs understand and implement. Think about this: Does it make financial sense for a company to send its marketing representative to visit a territory for a week to possibly visit 20-30 agencies? The cost would be thousands of dollars in travel and lodging, whereas a one-hour webinar or visit could reach hundreds of agents within a large distribution system. The answer is obvious: larger groups make more financial sense compared to the “mom and pops” of twenty years ago, where their production doesn’t begin to compare to the big distribution channels offered today for insurance companies.

The fine balancing act for the company is to partner with the right distribution channel. They all claim to be the best. Perhaps they all are. There is enough business for everyone, and then some.

In today’s insurance world in Florida, the most successful agents and companies are partnered with a group, franchise, or aggregator. The question isn’t “Do you do it alone or join forces with a winning team?”; rather, it is “Which winning team do I join?” Agents who can see past the commission split and understand that being part of a winning team, as opposed to doing it alone, will lead to more financial success and redefine the adage to “WE are insurance agents and WE are stronger together!”

The author
Philip Visali began his insurance career in 1997 and opened We Insure, Inc., in 2009. We Insure was ranked in the top 25% of America’s fastest growing private companies by Inc. magazine in 2015.